Has anyone wondered why General Ayub Khan failed to recapitulate the 1965 war, in his biography “Friends Not Master” — The simple reason behind this mysterious exemption was to conceal a hash up committed by him during the historic combat.

Contrary to the popular belief , Ayub Khan,as the mastermind, knew deep down that it was a victory lost.

Had the strategy been executed as planned and internal politics, personal ego and jockeying for power given way to a wee bit of patriotism during a critical juncture, things would have been much different.

Truth of the matter is that Pakistan had India on the mat through a very cogent “Operation Grand Slam” devised in May 1965, which was annexed to “Operation Gibraltar”, whereby the plan was to snap Jammu kashmir though internal revolt.

The commander of the operation, Major General Akhtar Hussain Malik had forged ahead to dislodge the indian Forces in the Ankhur region after he had pulverised them in the Chumb sector.

Just the second day into the operation, victory seemed evident in Jammu kashmir; when the audacious General was surreptitiously relieved of his duty by Ayub khan in favour of Major General yahya Khan, a close aide of him (as well as the commander in chief of the 1971 debacle) .

General Akhter Hussain Malik’s request of serving under the command of Yahya Khan just for the sake of a successful completion of the mission was also not entertained.

With a delay of almost two days caused by the change in command and CoAS General Musa’s insistence of halting the operation — Indian Forces found their footings, got reinforcement and eventually went on the aggressive to target the sensitive areas of the state of Punjab. From there on in, it was all defensive for the Pak Forces — Who eventually thwarted the Indian attack but the time Lapse was vital to seal the Kashmir deal. Thereby a golden opportunity went begging because of personal glory.

Many experts still maintain that Ayub Khan could not stand the success of a random General, as it would have catapulted Major General Akhtar Hussain Malik to public fame apart from landing him the post of first in command in Army had victory been substantiated in Ankhur region.

Agha Shorish Kashmiri for one mourned the lost chance in an Urdu couplet (whose translation is) :
“The Land of Delhi is calling, Oh friends, Extend a helping hand to Akhtar Malik, oh friends.”

Moreover some analysts also believe that Ayub Khan had the tendency of losing his composure when faced with a crisis situation. Alfat gauhar and Zulfikar Ali Bhutto had mentioned this anamoly publicly.

Anyway, the game plan of Ayub Khan was materialised when himself and Yahya Khan hogged the limelight for the successful defence in 1965 war. In 1966 Yahya Khan was promoted to army’s commander in chief. Whereas Major General Akhtar Hussain Malik was pigeonholed to CENTO and posted to Turkey, where he breathed his last.

We must not forget that Ayub Khan ended up signing a treaty with India after the 1965 war called the Tashkent Declaration which was deemed as a pusillanimous act by many in the country. Zulfiqar Ali Bhutto, considered Ayub’s right hand man, tendered his resignation, in protest and assembled a party of his own.

The events that unfolded after the Tashkent Declaration, didnot have good bearing on the country’s political outlook. Sheikh Mujib Ur Rehman in East Pakistan garnered support, when he got vocal in the backdrop of Ayub khan’s fading popularity. The turn of events eventually led to the ousting of the dictator.

Till this day Major General Akhtar Hussain’s question : “Why changing horses in midstream?” Awaits its answer, which perhaps only General Ayub Khan could give.

Try asking the apolitical youth of pakistan about Iftakhar Muhammad Chaudhry, and even they will connect with the man, through the lawyer’s movement. where as not many could relate to Sir Chaudhry Muhammad Zafarullah khan, the former President of the International court of justice, who rendered a great service to Pakistan in particular and the Muslim world in general.

Zafarullah khan’s name is buried in the lowest abyss of pakistan’s historical archives just like many unsung heroes of the past. It is a pity that subcontinent’s smartest legal mind is hardly acknowledged for his efforts, leave alone being remembered on his death anniversary, which happens to be on the 1st of September.

To a large extent, this bizarre indifference has got to do with his religious affiliation as an Ahmadi. Zafarullah, the Jurist with a Midas touch, had an illustrious career worth sharing. Considered destiny’s child he was born in a small town of Daska. His mother dreamt of him becoming the chief justice one day. Zafarullah commemorated the unrelenting faith of his mother posthumously in his book titled ‘ Meri Walda’ (my mother).

Recounting his prodigious academic achievements would be difficult. Rather it would suffice that he studied at Government College Lahore under the tutelage of Allama Iqbal, only to be called to the Bar at Lincoln’s Inn after completing his Law degree with distinction from the King’s college London.

Lincoln’s inn was not zafarullah’s only affiliation with Muhammad Ali Jinnah, as it is clearly evident from history that he was a close aide of Quaid e Azam and had his approval on most instances. He first rubbed shoulders with the likes of Jinnah and Gandhi during the round table conferences on Indian reforms in London.

On the behest of Quaid-e-Azam, he represented the Muslim League before Radcliffe Boundary Commission. His immaculate role during that tricky phase of partition was highly commendable. Many notables had gone on record to pay tribute to the great man’s devotion towards the cause of a separate homeland for the muslims.

In pre partition era, his services as a true Muslim leagean can’t be ignored as well. He was the legal brain behind drafting the Lahore resolution of 1940, apart from representing the muslims of India as the member of viceroy’s council.

Post independence, he was cherry-picked by none other than Qauid e Azam Muhammad Ali Jinnah, as Pakistan’s first foreign affairs Minister. He fought for the rights of the suppressed nations especially the muslim countries during his tenure. As the head of the delegation, he represented Pakistan in United Nations’ General Assembly and advocated the stand of the Muslim world on the Palestinian issue.

His 1947 speech at the UN Security Council for the palestinian cause sets yardstick for being the most eloquent case put forth in favour of Palestinians thus far. In recognition of his efforts he was awarded the highest civilian honour by Syria, Egypt and Jordan alike. (Transcript of Zafaraullah Khan’s speech in UN SecurityCouncil)

At the UN Security Council, he strongly proposed the liberation of the occupied Kashmir, Libya, Somalia, Sudan, Tunisia, Morocco, North Ireland, Eritrea and Indonesia. Even as president of the UN General Assembly, he left no stone unturned to propound a strong case of Kashmir. In the process, he met a number of dignitaries including President Kennedy to bring Kashmir issue to the fore.

Not many Muslim world diplomats could emulate his indomitable spirit for rallying the cause of the Third World nations. His rise from a judge to the president (chief justice) of the International court of Justice in the Hague, later in his career, was phenomenal. He is the only Pakistani to achieve this feat.

Another feather in his cap was his knighthood as ‘Sir’ by the British empire, which is a rarity for a subcontinental great. Interestingly, he had also Performed Umrah and Hajj in his lifetime and had written numerous books on Islam and Pakistan as a historian.

A politician and jurist of highest pedigree, he was Quaid’s most trusted luteinant and an ambassador of Muslim world on various international forums. I believe his success was not digested by many in Pakistan. For that matter his achievements, that are so vital for Pakistan, were ignored rather than being adorned as part of our educational syllabus to showcase an honest and luminous past of our nation.

Keeping faith aside, for a change if we could just honour his services towards Pakistan, then as a nation, we would have certainly moved a step ahead in the right direction.

Note: one of Pakistan’s popular social blog team failed to appreciate this piece may be because they are not brave enough yet to confront the honest past of Pakistan. 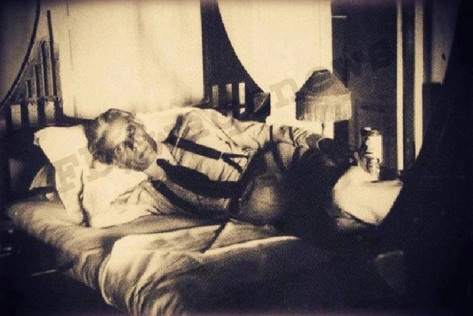 Beloved Quaid e Azam…….i am sorry from the bottom of my heart!

Severe pangs of remorse, shame and embarrassment had got me clueless over the past few days as to how i should express my feelings over the demise of Ziarat residency — Quaid’s last resting place. At last my innate temptation of penning down my angst got the better of my numb state of mind– so i could give vent to my emotions openly.

Balochistan liberation Army not only physically plundered the national monument but also rubbed it in by besmirching Pakistan’s national flag atop the residency — hoisting BLA flag instead. Media highlighted a plethora of condemnation and censure by government officials– right, left and centre. Yet it is mind boggling for me to understand the lack of resolve on the part of government to crack down the masterminds of this nefarious act and the indifference of civil society to protest against the tragic event at a large scale. Imagine the Statue of Liberty being attacked in this manner — i can vouch that civil society and US government would have gone on to vehemently protest and track the culprits respectively.

15th june 2013 marked a nightmarish day when not only the Ziarat residency was burnt to Ashes but terrorists created havoc in Balochistan medical complex and targeted female university student’s bus in Quetta. The most perplexing part thus far about Quetta is that despite it being highly cordoned off by security agencies yet it had to face a number of tragic events.This stat certainly puts a big question mark over the effective and honest role of security agencies in the region.

Another quandary that took my gasp away was the lack of security personnel appointed to safeguard as important a place as Quaid’s residency in Ziarat.The site had all the vital significance to mourn its loss. Look at the back of a 100 rupee bill, you will see the picture of Ziarat residency standing tall with grandeur. It was located amidst Ziarat’s scenic Juniper Gardens — considered one of UNESCO’s heritage site.Claims of reconstruction on part of interior minister wont assuage the pain. Having visited the site as a small kid, for me this building was akin to Taj Mahal. Taj Mahal would lose all its charm once rebuilt, if it is unfortunately razed.

Every sombre event hits our nation as a wake up call to get our act right– this one though has jolted us having hit us on every sensitive chord in our systems. The need of the hour is to reunite as a nation to quell the demon of terrorism in order to forge ahead towards the road of prosperity — a pathway shown by one of the greatest leaders of all times named Quaid e Azam Muhammad Ali Jinnah.